A Kaiju pet simulator where you raise a Kaiju to dethrone a corrupt government!

If the web version doesn't work, please download & play the build of your OS of choice instead! :)

It's 2200, where you live in an abandoned city with all the other survivors. You and the other survivors live under poverty because the government that only favors the rich has taken everything from the ground into the floating city above where they live. One day, you walked in an abandoned factory and you found a peculiar object which looked like a virtual pet system from the 1990s. Suddenly, an egg popped out from the screen and it hatched into a friendly Kaiju. Now it's your chance to raise the ultimate kaiju to dethrone the corrupt government!

🔍 Discover & evolve into 57 Kaiju forms based on the Kaijupedia!

🍗 Feed Kaiju with anything you can find plant, animal, seafood, or even human organs & machine parts!

🏀 Play ball with your Kaiju by bouncing it all over the room until everyone gets tired!

🚿 Wash your Kaiju just to make sure it's not stinky!

🏋️‍♂️ Train your Kaiju by playing a match of an exhilarating physics-based Volleyball where you can receive new food!

🌆 Experience a 2.5D environment based on your real-time clock which you can change manually by pressing the number keys from 1-4!

You will be able to keep track of your unlocked Kaijus!

You will be able to raise your Battle Stats for the Battle Mode which can be gained through Training which include:

HP: How much life points it has

ATK: How much damage it can apply

DEF: How much damage it can withstand

SPD: How fast it moves & increases the rate of dodged incoming attacks

Use arrow keys to move 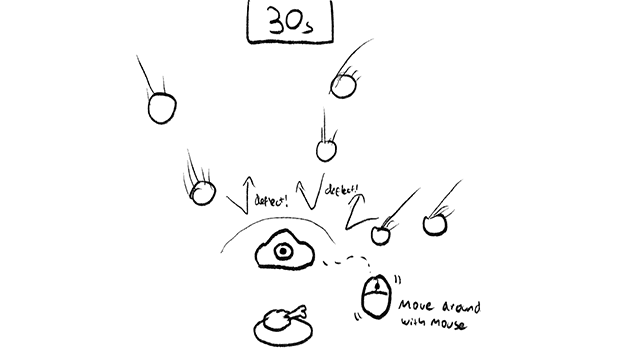 Protect the food from being ruined by mysterious floating balls for 30s!

Use the mouse to move your pet to deflect the balls 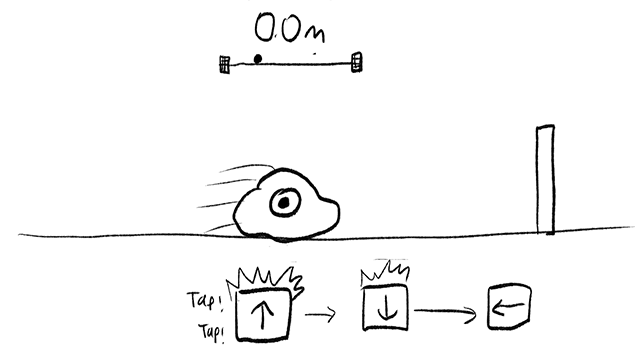 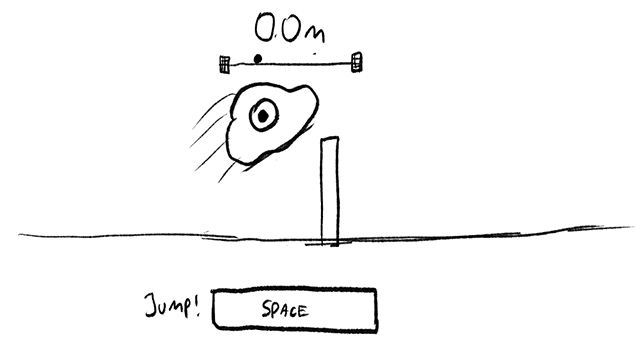 Tap the prompted keys as fast as you can to advance 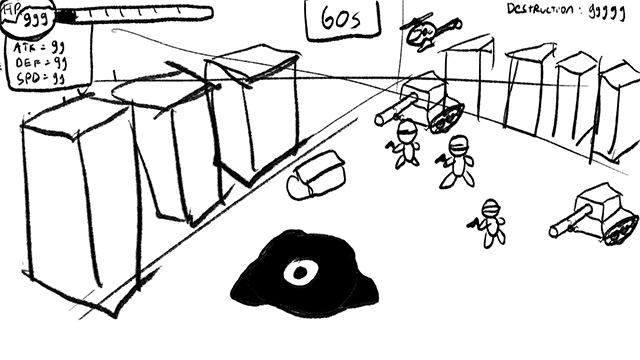 Destroy the city & its facilities under 60 seconds. Watch out for tanks, soldiers, & helicopters that can attack your Kaiju. Destroying city properties will reward you points which will be evaluated to determine the number of food rewards if you win the battle. If you win the battle, you will be rewarded more food of your selected type of food. If you lose the battle, your kaiju will revert to an egg but you will inherit 15% of your Battle Stats & Genome!

In-game Dialogue & Story? New hidden Kaijus? Decorate your Shelter? Well, it's your call! Please let us know & give us moral support if you really, really, really want to see this game as a full game!

After discovering that I needed to right-drag to move in the Kaijupedia, I noticed that all of kaiju cards past the first generation read only "?", despite my genome stats being 30% animal and 41% machine.  Is that intentional?  My kaiju has kept its first-generation animal form without changing.  Since I can see all the first generation forms, I imagine that any of the next generation forms my kaiju could possibly transform into should be revealed in the Kaijupedia,

I sense that I won't at this time be able to complete the game's intended experience.  Since my baby's first transformation I haven't seen its form or battle stats change.  I haven't experienced any difficulty keeping the vitals up either, and volleyball did begin to challenge until I passed first dozen games.  There's definitely a fun idea here though!

its a real cute idea, but I cant seem to progress past the first transformation. I keep getting "george seems to have transformed in the night" messages but nothing has changed. Forever stuck as a bubble embryo

I have a similar problem, that my kaiju has remained as its first transformation.  I've had both baby mecha and animal forms, but no forms beyond those two.

I also noticed playing the web version that the keyboard input wasn't recognized.  This meant at first that I couldn't change its (GEORGE's) name, but then I couldn't proceed from the volleyball training minigame.  The ball sat on top the net because I couldn't move.

Pretty decent overall, but on a chromebook its a bit laggy at times. I wonder when the combat can be unlocked... but in the meantime I hope you do well!

How do you scroll down in the kaijuupedia?

It's click + drag, but thanks for pointing that out, it's not particularly obvious!  Will either change or add some instructions in the next version.

It seems the game doesn't work on newer Mac devices which possibly because they use Metal & they deprecated support for OpenGL. We'll look into this issue soon when the game jam evaluation period is finished!

Mac OS  Version will not run. Upon decompression and running, I get a dialog that says it's damaged and cannot be run. 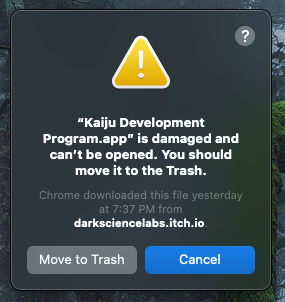 Such a fun game and amazing graphics! I really enjoyed the 2D within 3D style, and it was definitely a laugh as I fed my creature humans and machines.

Thank you for playing!

Glad you enjoyed it! 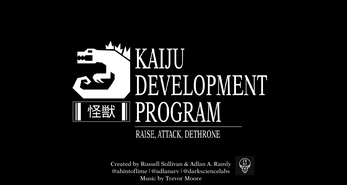